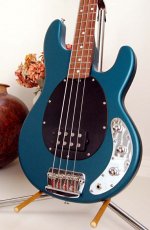 The Sport Utility Bass is back and better than ever. Loaned to ne'er-do-well California hipster and good friend Roger a few years back in hopes of him returning to The Bass, which did not actually come to fruition, Roger dropped the SUB off this week and officially surrendered. It was, as they say, a nice try.

The decades old Jazz Flats had fared well enough, but the D string had unwrapped and so I pawed around in my strings collection and found a full set of Cobalt Flats. And they were installed. Yow!

Roger had long since removed the battery, fearing inactivity would - as is often the case - lead to leakage. You boys know what I'm talking about. So, then - a new battery, fresh strings, a bit of a tweak and she is returned to the land of the living.

This is a really great example of a Stingray, although technically not a Stingray. (It's mighty close.) It's an American-built Music Man SUB, which was the Mothership's attempt to make an affordable "entry level" instrument in the US. The basses are great but Big Poppa said he might as well toss a hundred dollar bill in each SUB case. A short-lived venture but there are still a gaggle of gigging examples out there and the people that know them love them. I am one.

I'm always tempted to strip off the textured finish and let the kids do me a custom paint job, but the finish really isn't bothersome so I always talk myself out of it.

Great basses in their own right. Love the 2-band. My SUB 5 was my first MM. Hangs and gigs proud with all the others.

Ten years or more ago, it belonged to a friend of mine in Cincinnati and he asked if I wanted to check it out. Of course I did! And I wandered around his living room, playing it unplugged and thinking, "What sorcery is this?" It was - is - one of the best Stingrays I'd ever played. I told him then that if he ever imagined getting rid of it, let me know. And he did but I was in the midst of a drought of bass-related money. I scrambled to imagine what I could sell.

But friends of mine - The Bovinistas, an odd but wonderful group of misfits who mostly escaped from a bass forum that went south rather spectacularly a long time ago - banded together and bought me this bass, delivered in person by Rex (who loiters here still). Even if it were not a spectacular instrument, it would be completely special.

As luck would have it, it is in fact spectacular.

How cool is THAT?

My old 2003 sub5, owned it from new and it too was my first ever musicman bass. It setup better than any other bass I’ve ever owned, including my sterling 5 HH. Sadly I traded it in a while back in part ex for my silo special, I hope it went to a good home because it was an amazing bass.
I hope they return one day. 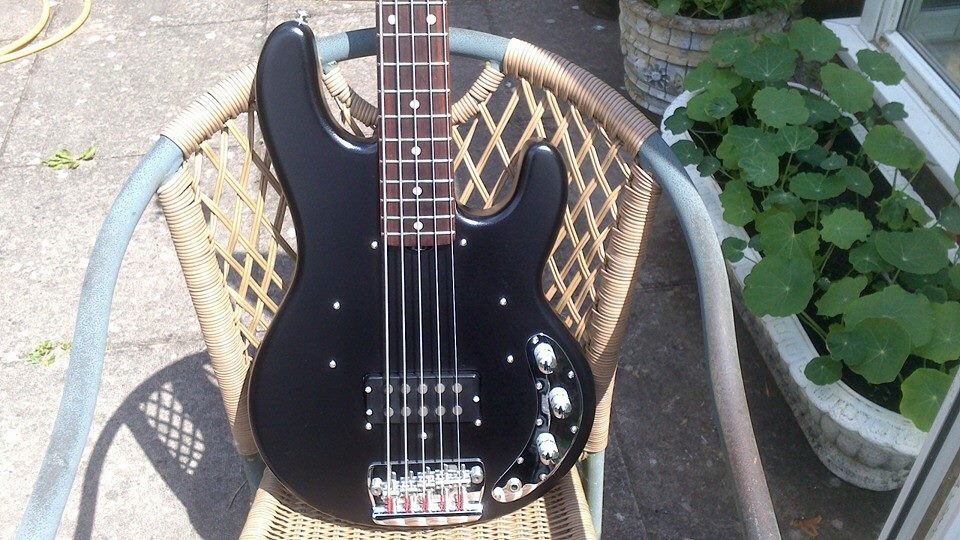 Sent from my iPhone using Tapatalk

bovinehost said:
How cool is THAT?
Click to expand...

bovinehost said:
How cool is THAT?
Click to expand...

Fantastic bass in a series of great, great basses.

SUBs rule! I bought a used active one a few years back so I could mate the body with a fretless SR neck I acquired here on the forums. At one point I wanted to hear the fretless through a 3-band, so I put the neck on my '98 SR and put the original SUB back together. I spent about a minute setting it up and was blown away by the feel and playability. It might sound like sacrilege to some, but I prefer it to my '77 SR. They really were too good.

lovechick said:
They really were too good.
Click to expand...

I think you have it right.