What's the oldest EBMM you own and play?

My 1988 Morse is what I just can't seem to stay away from. Out of all of them I just love the neck on it and, ironically, it's one of the ones with a finish on it. While it hasn't been "beej-ed", it's got all different pickups and I've rewired the switching. It does all I need it to. I pick up the '94 when I need to whammy...
C

The Luke I had been my dream guitar for about 10 years. I finally found one used for a great price back in 2004. I just had it refretted last year and installed new Schaller locking tuners. I still love it, it plays great (better than ever after the fret job actually) and is one of my two main guitars. 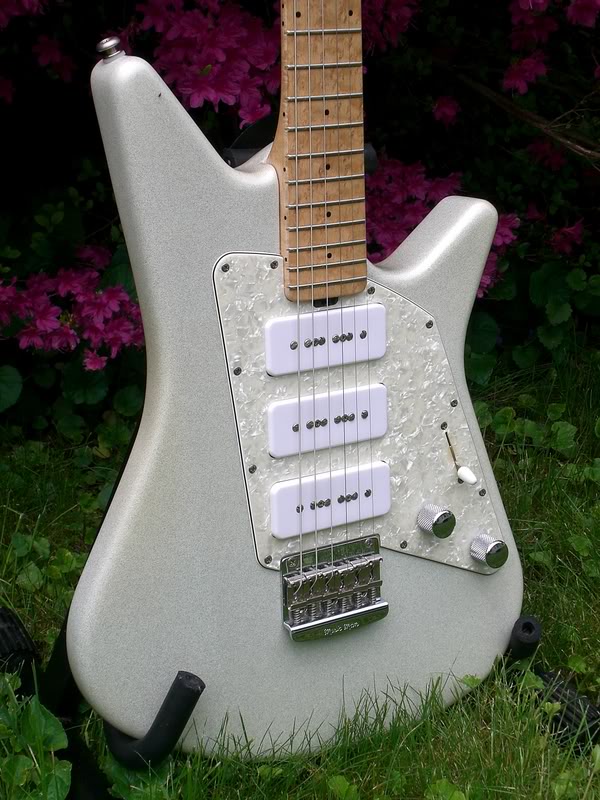 My first Ernie Ball, a Black Cherry burst 2005 Albert Lee SSS/Trem/Piezo.
I'm not a flame or curly maple guy - the black cherry burst is just an amazing finish. It's by my side right now.
Then what did EB do the next year in 2006? They made available to the public for the first time an Albert Lee with a mahogany neck ... well I just had to ... and still have that one too - it's modded but not invasively - check out my sig

Location
Look up. Waaaaay up.

2000 Silhouette Special. Used, bought it online late last year. Very resonant unplugged and it has one of the chunkiest necks I have felt, especially on an EBMM guitar.

Currently it’s at MJT getting a new coat of paint.
L 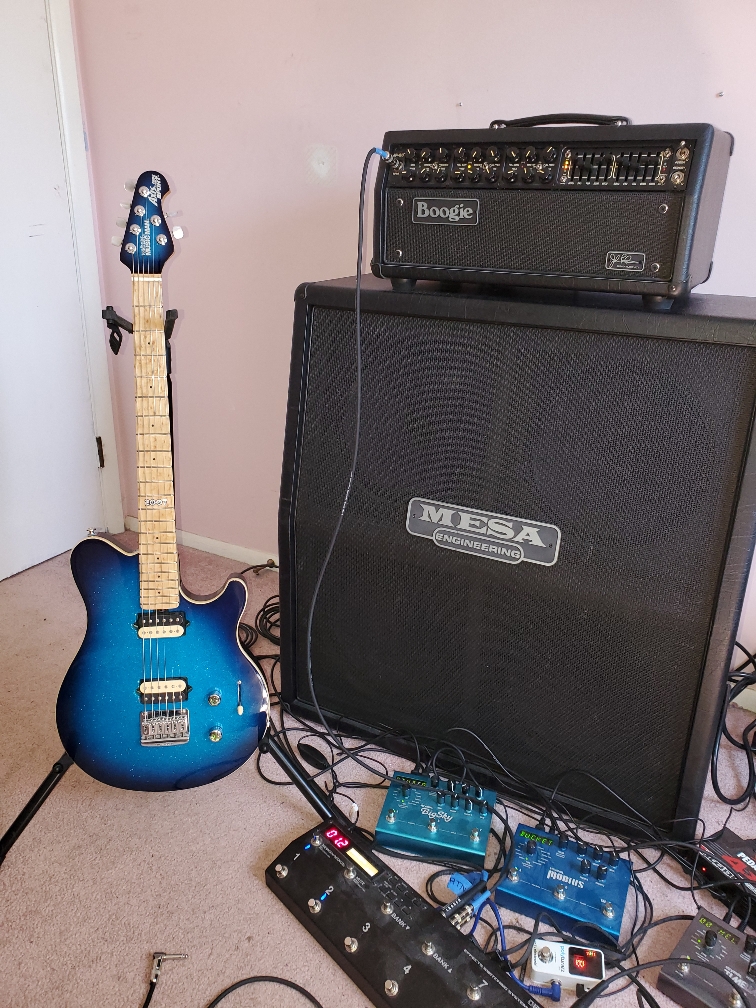 My second EBMM (I had a LIII for a minute) and my main player is my '98 Axis M90. I found it on local Craigslist for $500. After I picked my jaw off the floor, I drove two hours that day to pick it up. I had the "Jamie Humphries mod" done where I had the bridge M90 replaced with a Super Distortion.

My second Axis is a red HSS from '97 (Guitar Center used for $900). The neck is crazy fast and I have a thing for maple fretboards. However, the single coil sound has never been my cup of tea. I just dropped her off at my tech for some mods (sacrilege to some, I understand that) so I should have a fun Mod thread posted shortly.

The only other Axis I've owned was a Blue HH from 2001. Some of you can speak much more intelligently about this than I, but there is just something (to my hands at least) different and special about the Axis necks from the 90s versus later.
C

1991 Eddie Van Halen model. I have a lot as collectibles but this is one I bought to play and it's one of my top 5 six string players now. And it looks really cool too.
K

2005 Ltd. Ed. Axis SS Rosewood top/neck. Great player and lightweight. Whomever owned it prior to me beat it up pretty good, so it is a good candidate for a Marty Bell refinish. I'll be posting it for sale here in a week or so. 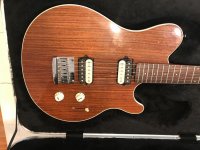 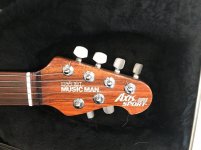 Owned from new, a 1989 Silhouette, SSS, hardtail in honeyburst finish with a rosewood fretboard (12in radius). 6 bolt neck plate.

Location
Somewhere between Paris and Buffalo