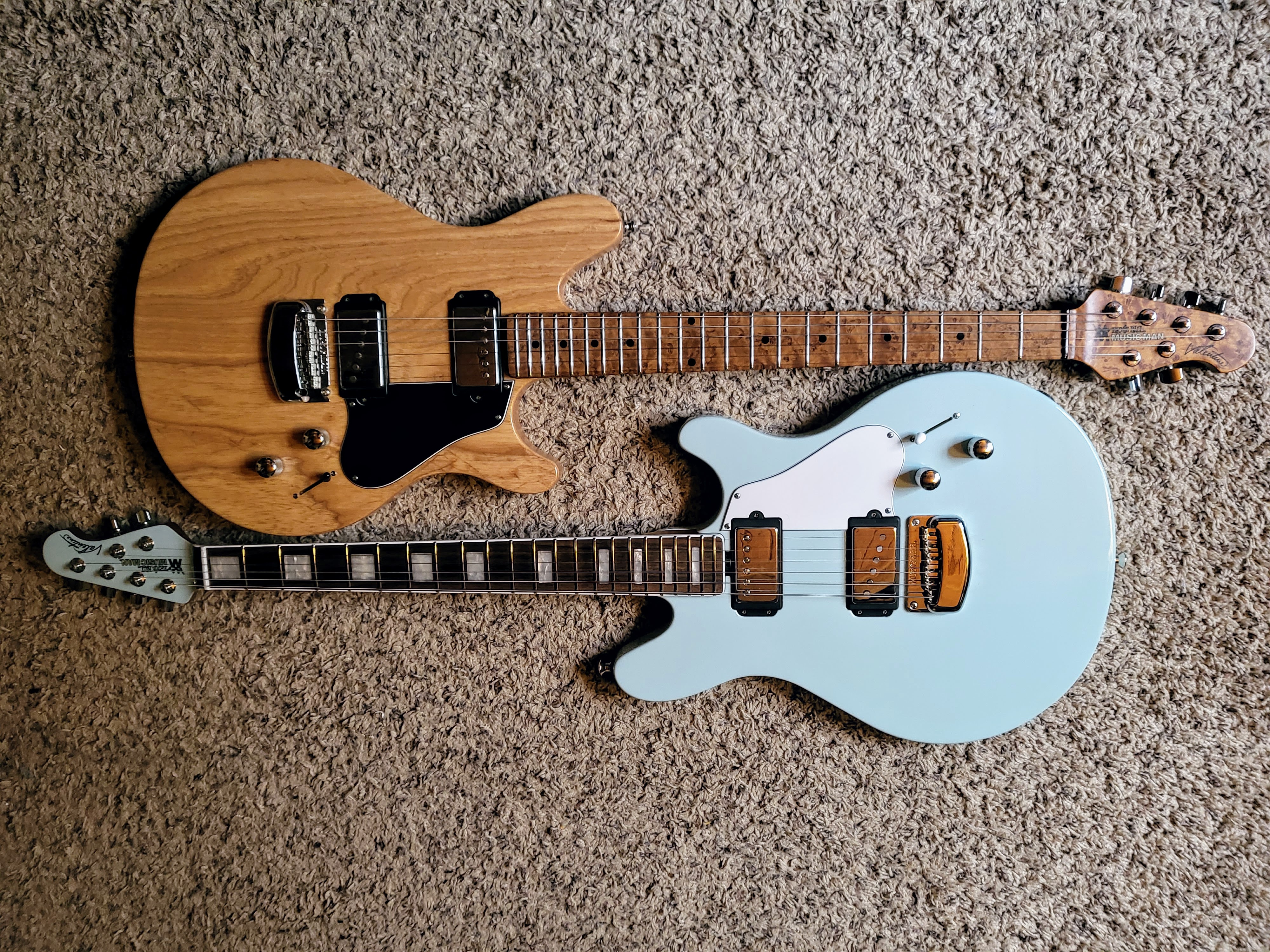 After getting the natural on a whim I found that it had quickly turned into my favorite for just about any application I found myself in. Eventually, anytime I was playing a guitar in the store I was comparing it to the Valentine I had at home rather than the unplayed Luke 3 and PRSes despite how fantastic they all sounded.

I spent a lot of time looking for a HH that would match it for feel (including almost getting a Cutlass a few times) because I'm not really into having multiple versions of the same guitar. Eventually I had to admit that the easiest path was getting another Valentine and doing a pickup swap.

When I ended up trading away my Luke 3 recently I managed to find my way into a powder blue BFR Valentine. This particular run doesn't seem to have sold very well but it's always been my favorite behind the natural and the mahogany/okume BFR version. I don't see myself finding the latter anytime soon and I'm delighted to have ended up with this one.

Now I just need to decide what to put in. SD Seth Lovers or BKP Mules are tempting, as is the idea of putting in Lollartrons for a Cabronita style Valentine. Fluence Classics would be the go-to but I'm building a maple/ash HSH Strat right now which will have those and I'd like something a bit different.

Here are the necks of the two for comparison: 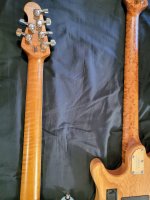 As for pickups, we all have our tastes, but I've found that BK Emeralds are some of my absolute favorite pickups. Excellent tone and clarity.

Nice collection yo have going there, congrats!!!

Congrats and enjoy - I think you bought this one from me That guitar is so comfortable and the middle position with the neck pup split is a killer tone.

Thanks everyone! And extra thanks to racerx.
L

I have been fluctuating back and forth between a Val and an L3 as my first EBMM. Given the music I play I'm leaning more to the Valentine. There's a satin natural about an hour away that I could make a deal on BUT I really want a Champagne Pink Sparkle Tremolo and THOSE are out of stock pretty much everywhere until Spring. Patiene, grasshopper
You must log in or register to reply here.
Share:
Facebook Twitter Reddit Pinterest Tumblr WhatsApp Email Share Link