It is strange to me to see that I haven't posted a new thread in here since early 2016, but I guess that's what a toddler does to you. Those of you who remember me know that I am a gear addict, and probably not in a good way. I've gone through a ridiculous number of guitars in the past 5 years, all while searching for "The One." You know what I'm talking about, that mythical beast that let's you set the action just the way you like it with no buzz, even when you are wailing away on your heaviest metal rhythm, with your caveman hands exerting the force of Thor's hammer (maybe that's just me?). The one that requires minimal tweaking when you want to switch styles day-after-day. The one that looks so good you wish you could just wear it at your day job instead of clothes (okay, definitely me).

Anyways, I've never even come close to finding that guitar. I've come close a lot, but never hit the mark. I always find a deal-breaking flaw, usually related to my heavy string, standard tuned power chord thunderclap picking style. However, many of you may remember that I have long been a fan of the Morse model (my first Music Man was a Y2D), and that I've had a few of them over the years. The things that prevented me from becoming bound to that Y2D were personal complaints, no stainless frets, a "plain" figured maple neck, rosewood board. Well, along comes the Starry Night package, and suddenly, it's love at first sight. It's like the first time I saw my wife, I think Sicilians call it "the thunderbolt."

Fast-forward to two weeks ago and it shows up. Never could I have imagined just how good a guitar could be. I suddenly understand why guys have a "#1." The fretwork is probably more precise than any other fretwork I've ever encountered. The neck is easily the straightest I've ever seen. Everything about the guitar is phenomenal (it's not perfect, it has a big neck pocket gap, but I'm not about ready to risk messing it up by exchanging it for one that is). I can confidently proclaim, it is The One. I'm sure it will get picked up every day. It will get played a lot, and it will probably accompany on my viking funeral raft when I die. Enjoy the pics. 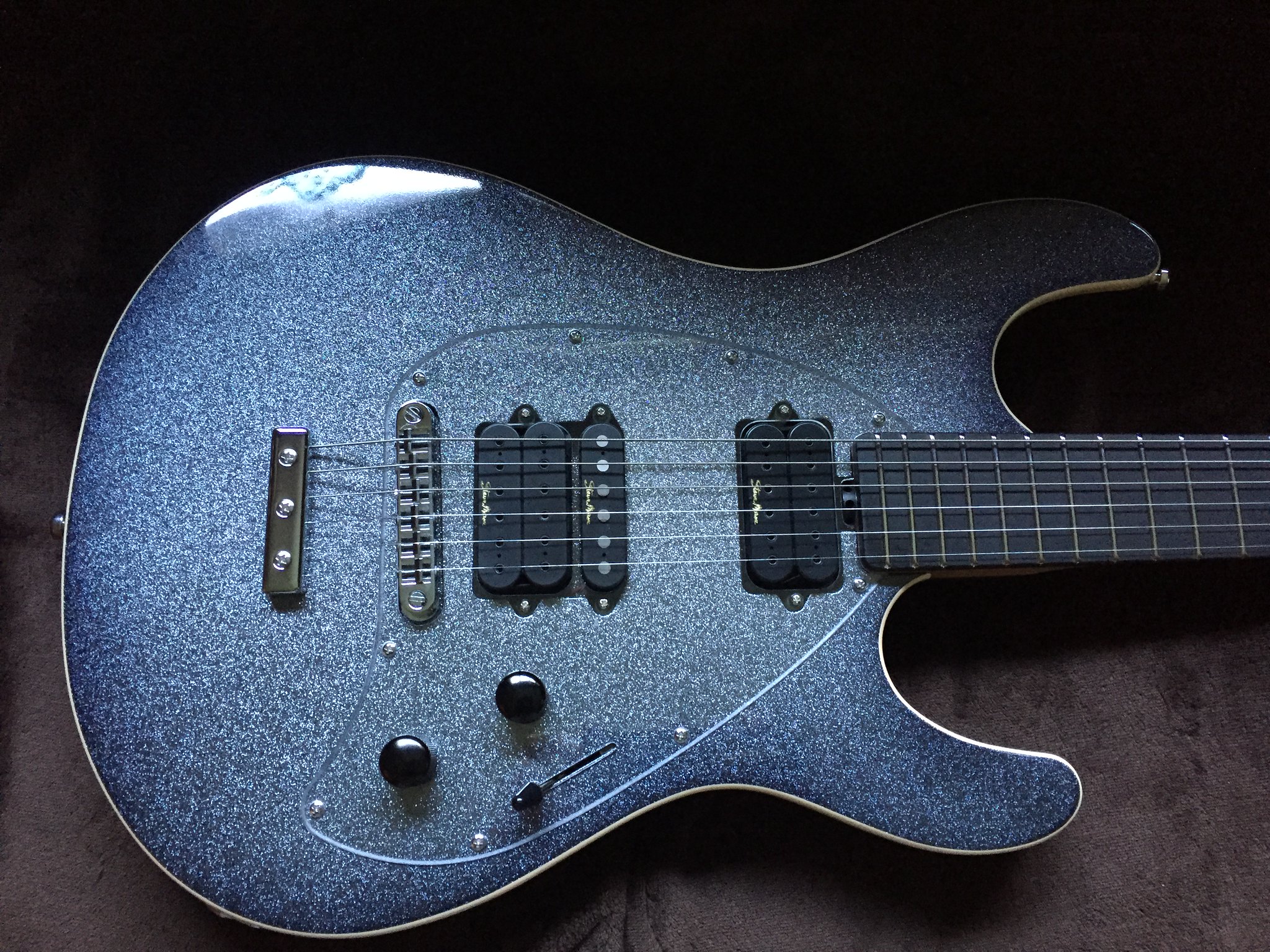 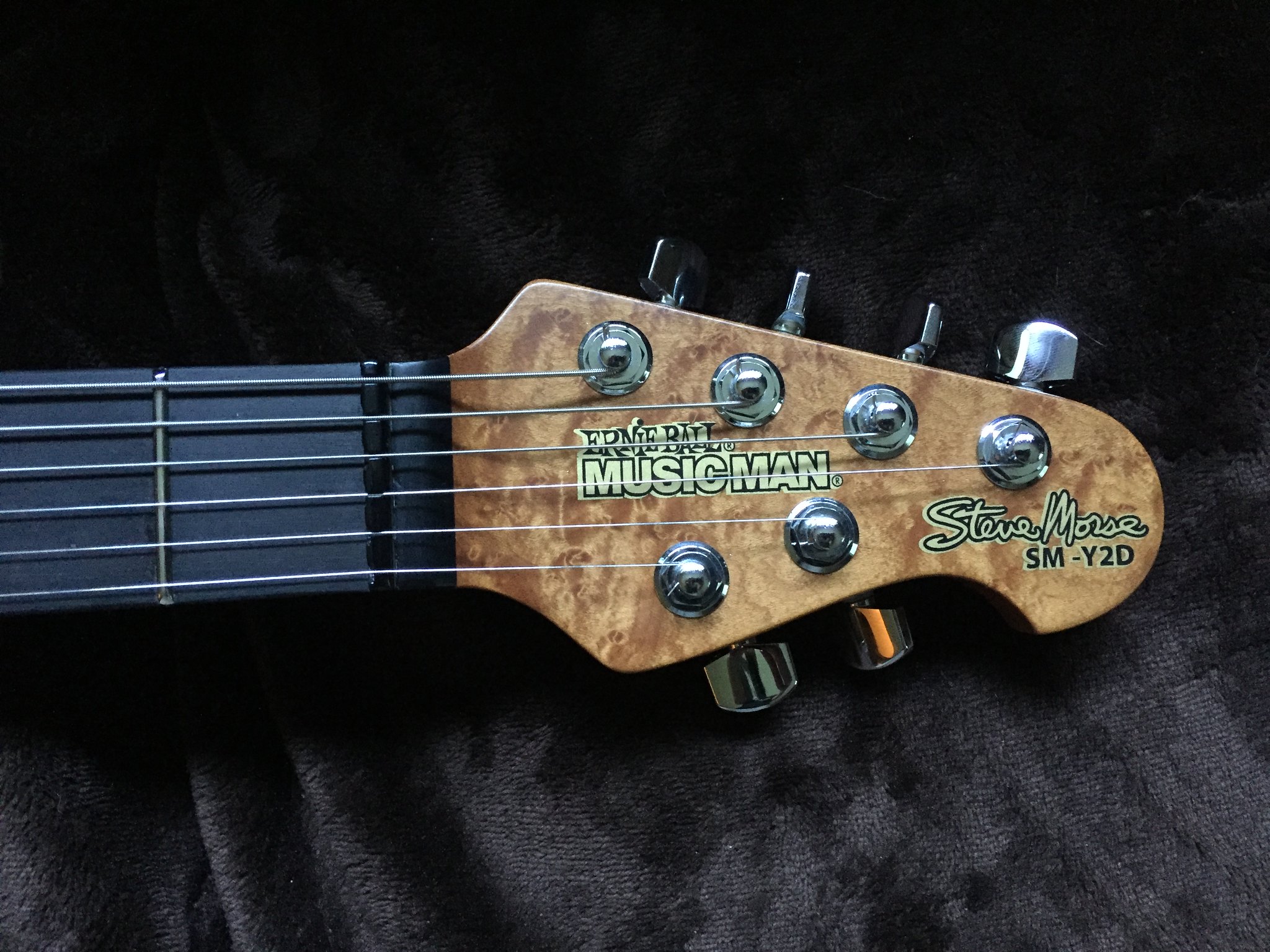 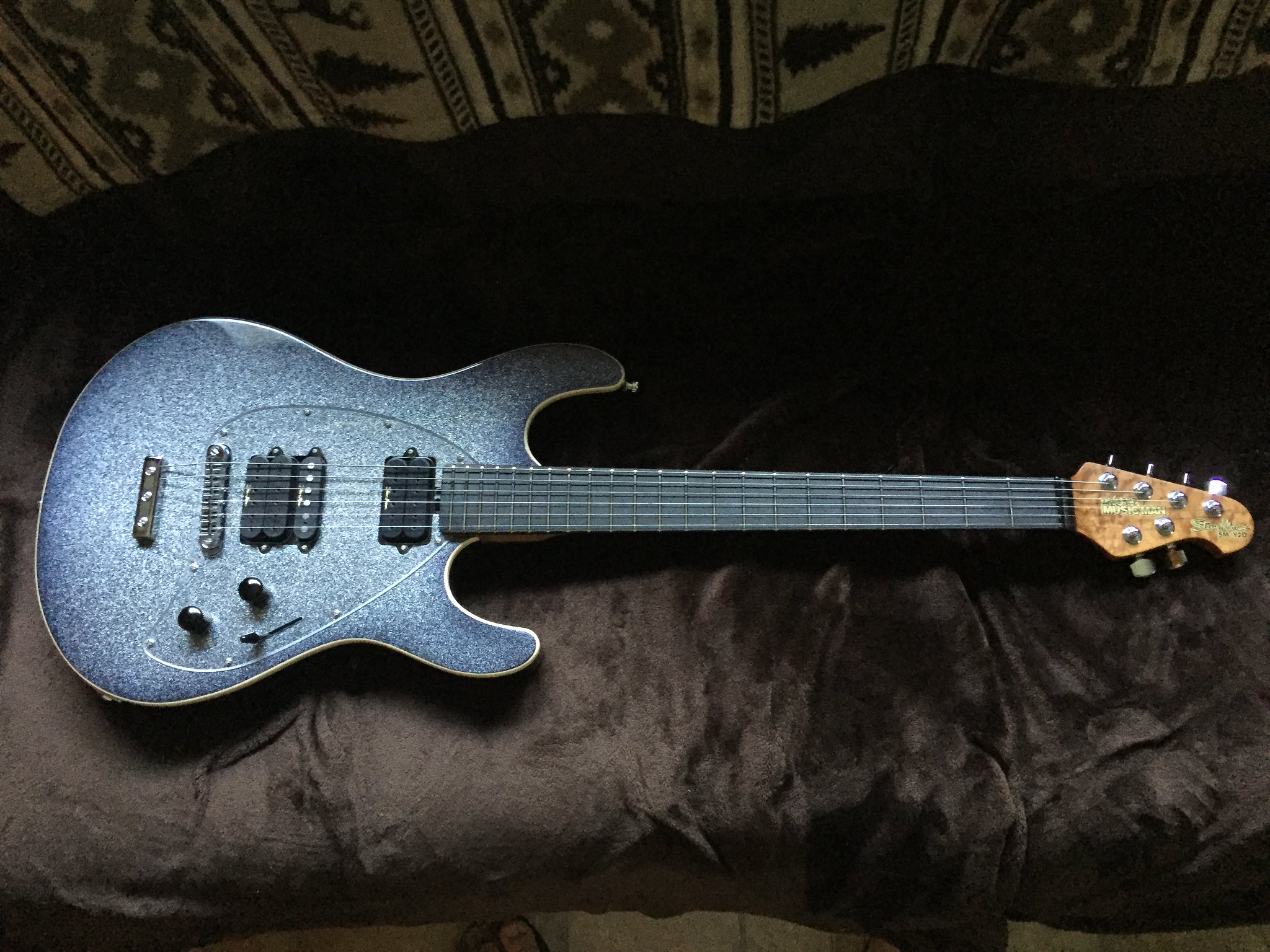 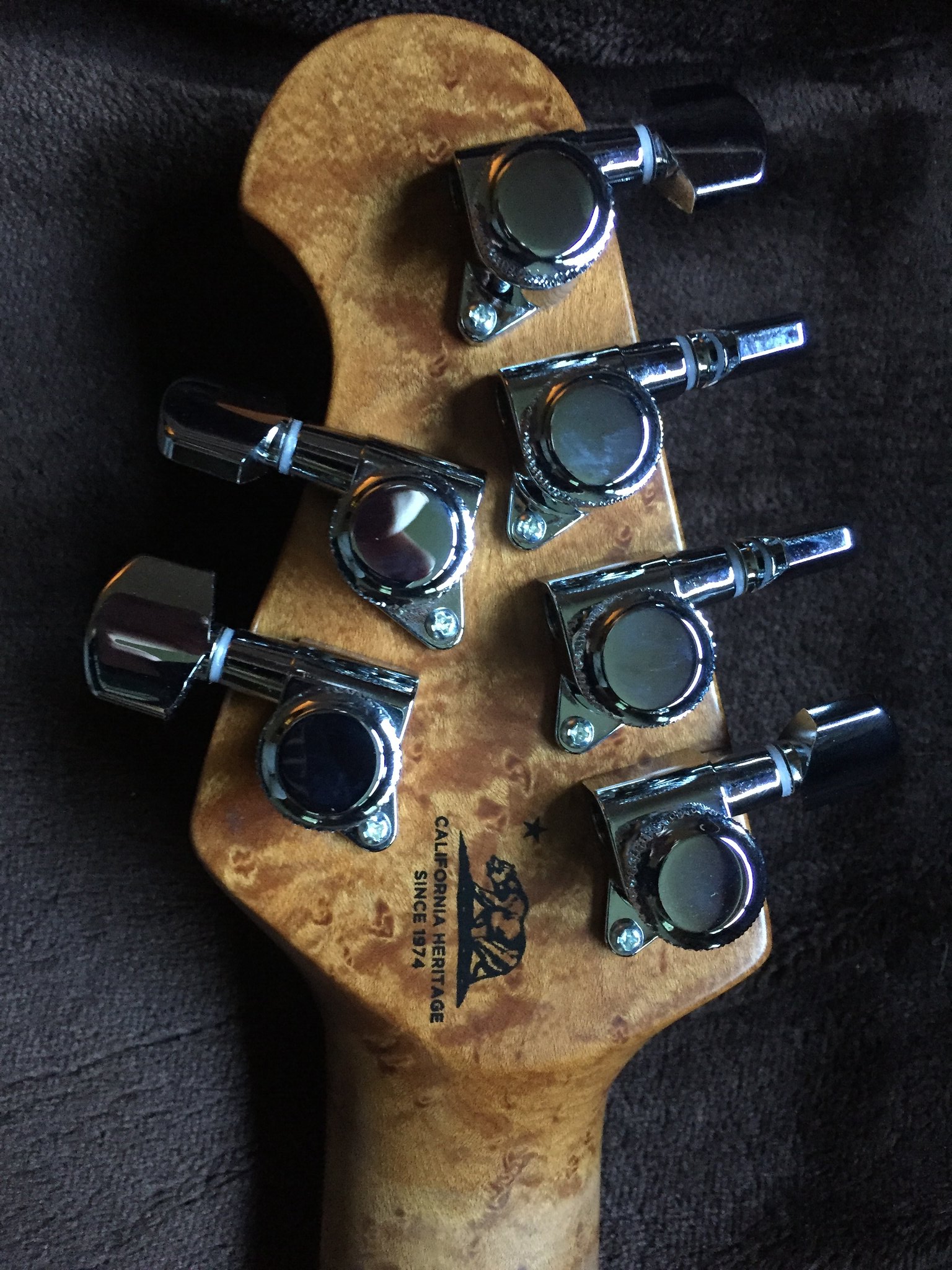 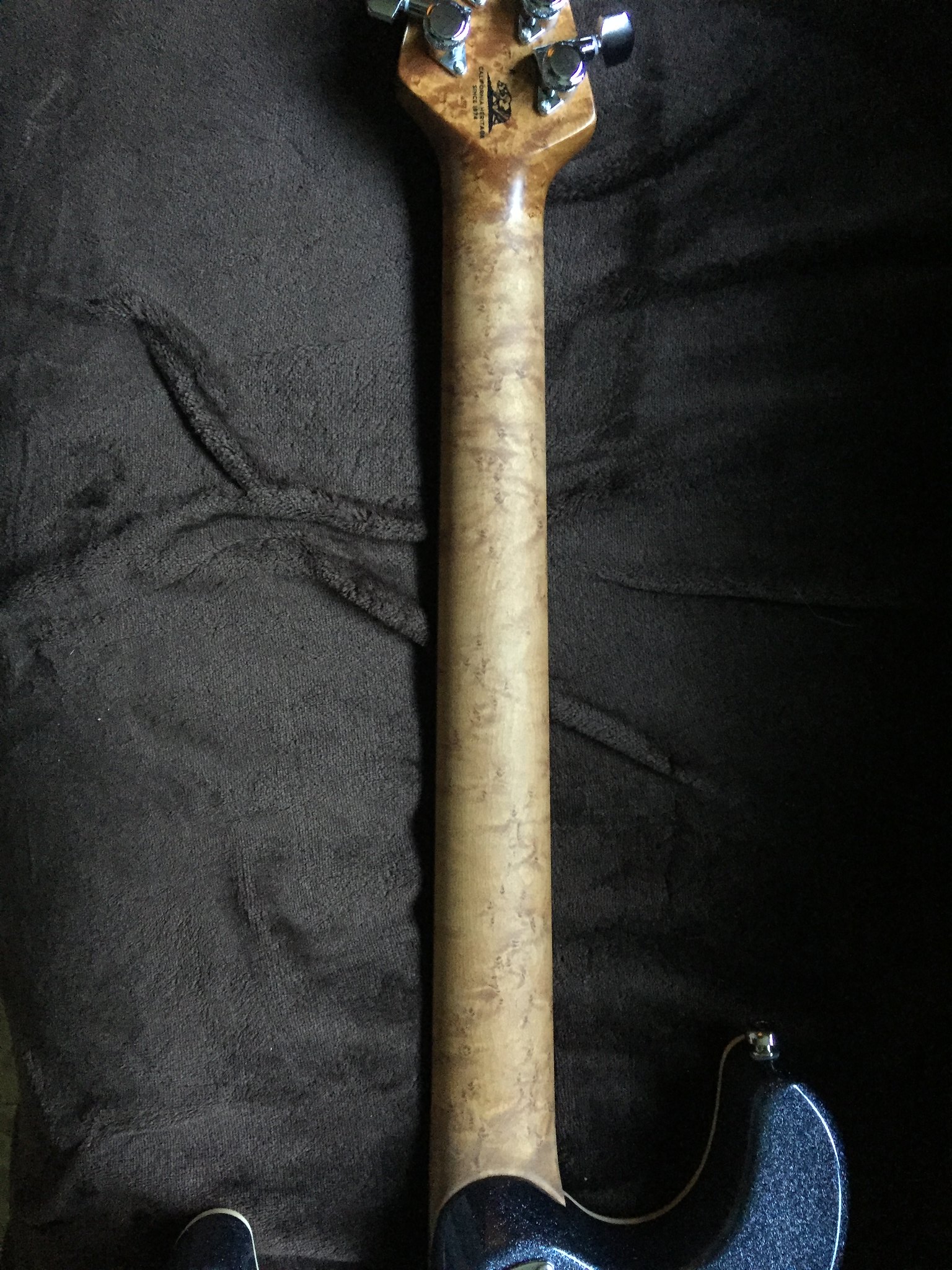 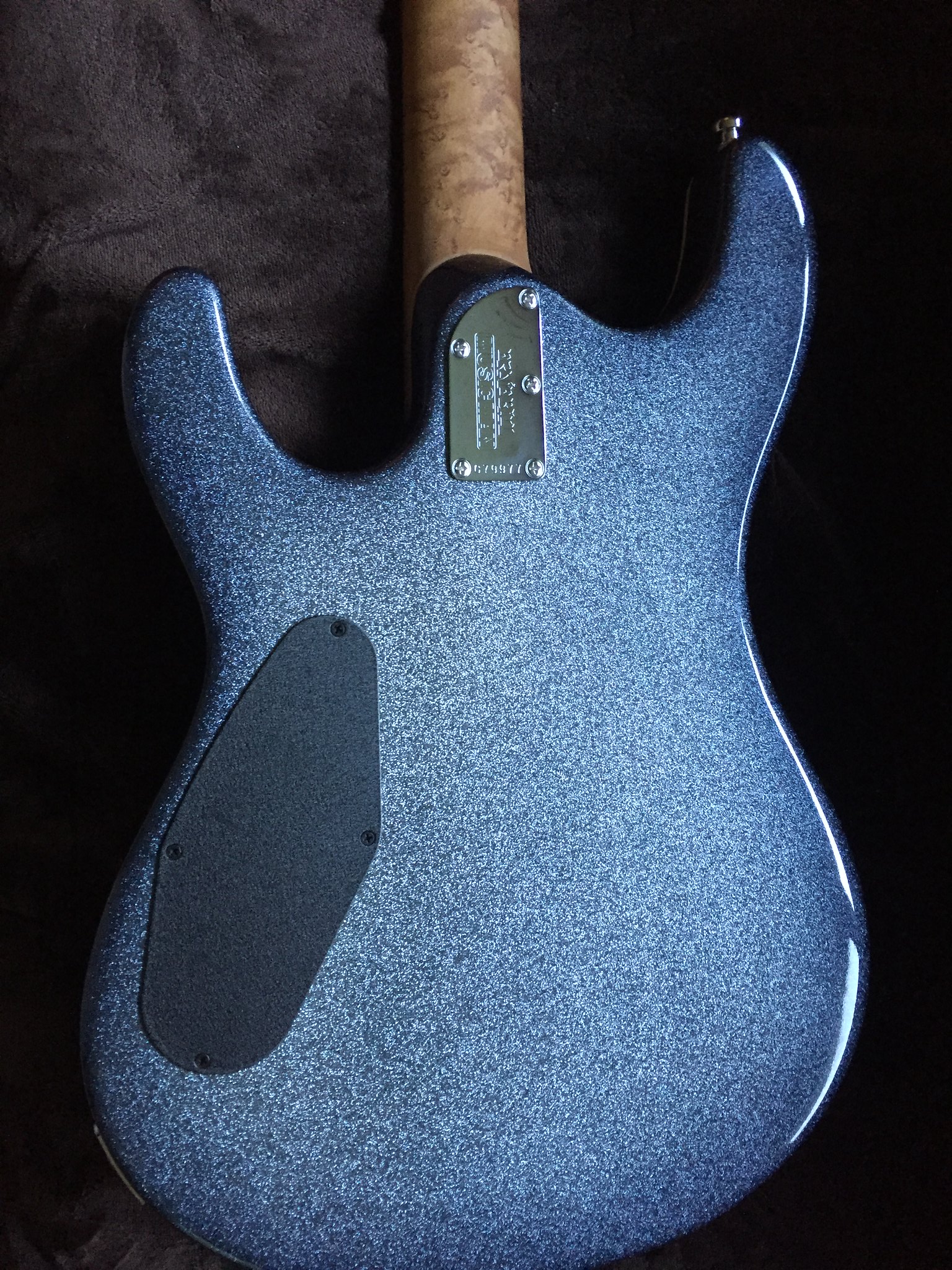 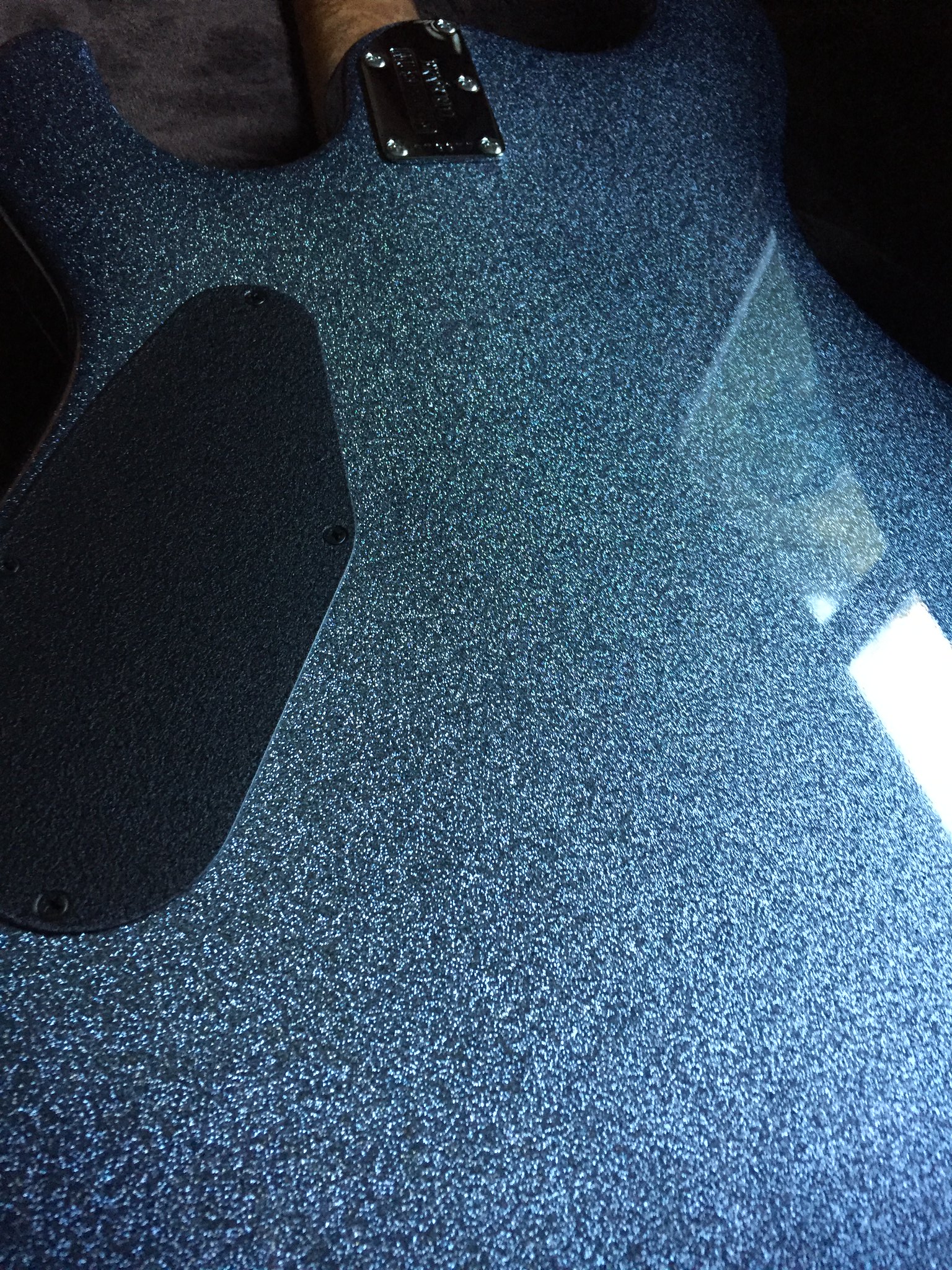 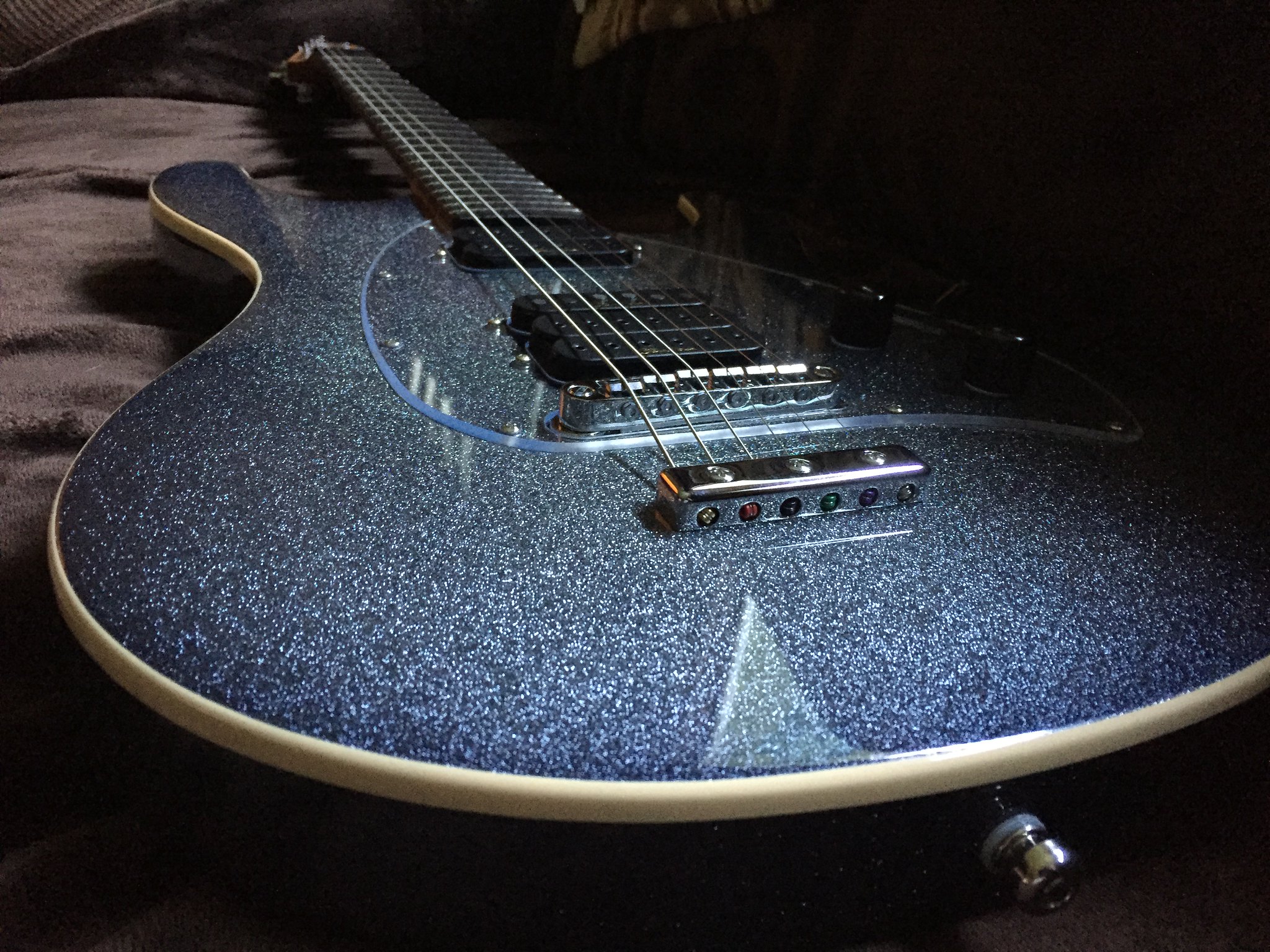 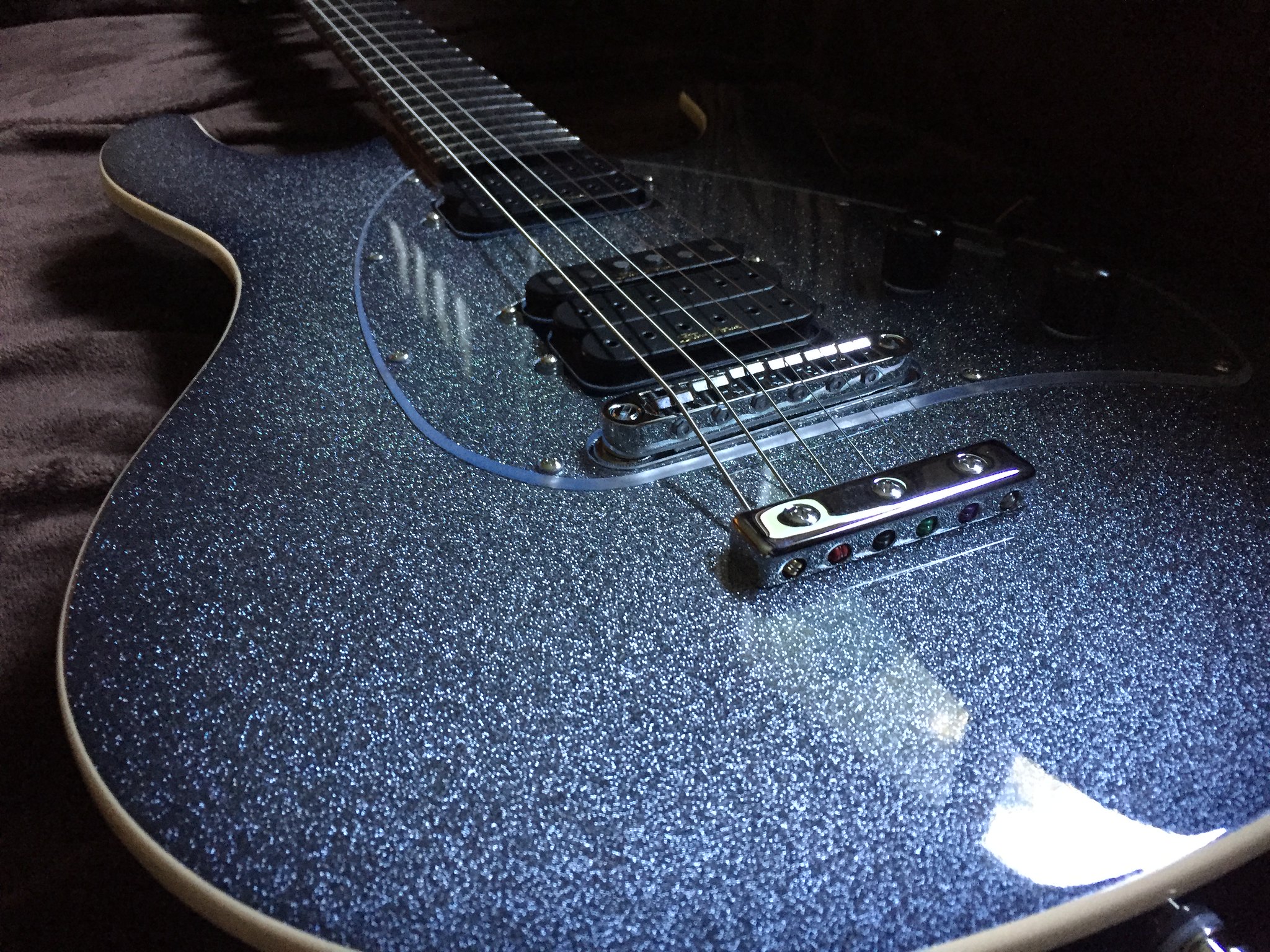 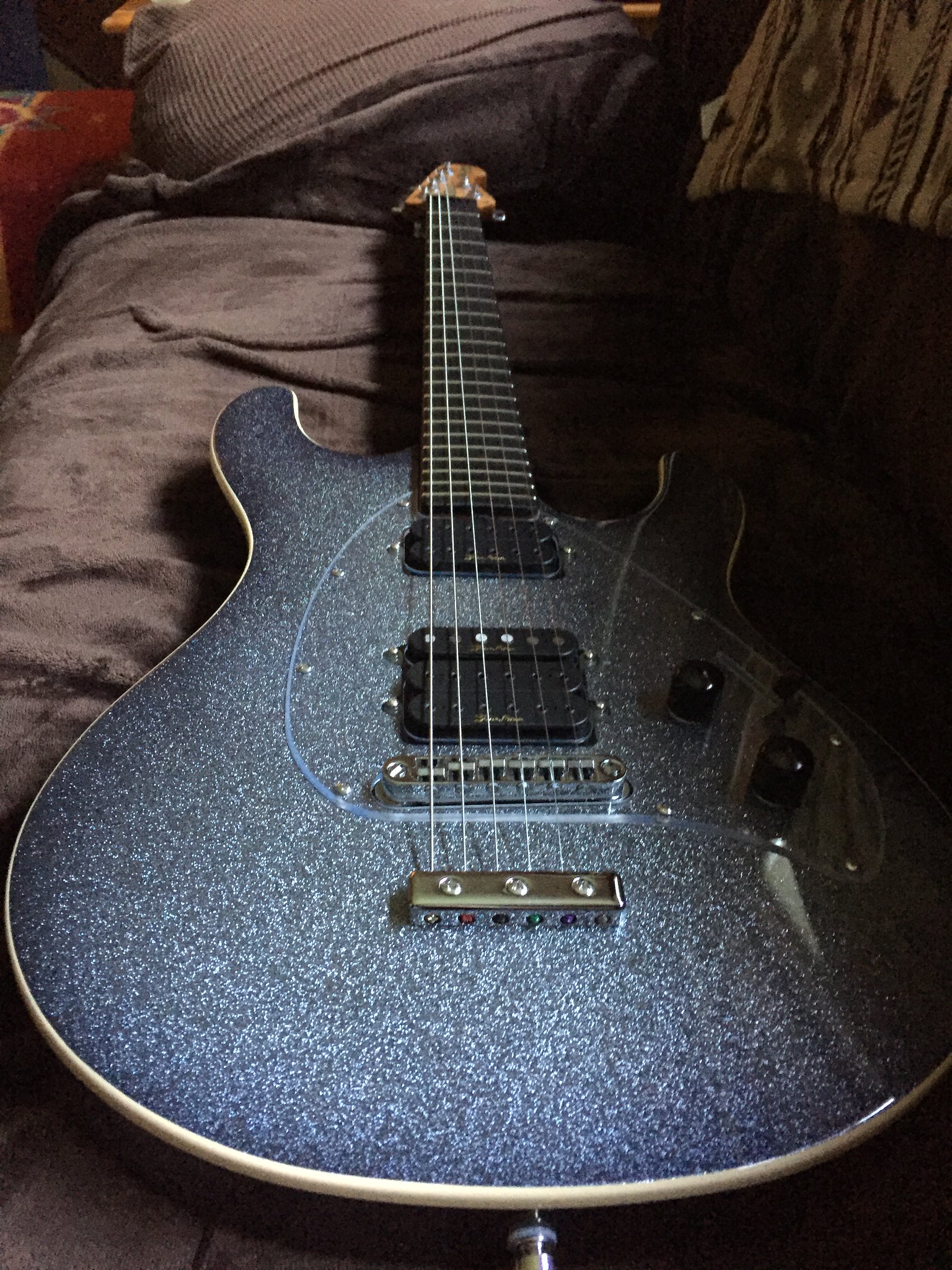 The second part of my post is not directly related to my guitar, but rather what it has inspired.

On any given day of the week, my favorite guitar player oscillates between Jimmy Page, John Petrucci and Ritchie Blackmore. Suffice it to say, I have long been a Deep Purple fan. I never really listened to Deep Purple after Ritchie left until I got my first Y2D. As was probably the case with many fans, I didn't give the MkVII and MkVIII eras of Deep Purple any real consideration. I mean even when I got my Y2D, most of my Morse listening was directed toward the Dregs and the Steve Morse Band. Sure, I listened to the live releases with Morse playing classic purple songs, but the studio albums and the music they were creating was just never a big draw for me. That also changed with the release of Now What?!.

Side Note: My favorite DP album has always been Perfect Strangers, with The Battle Rages On as a close second (probably some unpopular choices there), and Slaves and Masters as the easy third (huge Rainbow fan, so JLT was a great choice for DP per my opinion).

The first time I saw the video for "Vincent Price," I was blown away by how good that song was. It was on heavy rotation in the playlists for some time. Similarly, I heard "Rapture of the Deep" on the Montreux show with the orchestra and was instantly interested in that song. Still, the Morse era of Purple still wasn't on the radar for me, so to speak, when I considered the back discography. I bought "Infinite" earlier this year simply because it was Deep Purple, and I felt I should have it, but I never got into it (I probably listened to it once).

Buying this new Y2D has caused me to revisit most of the Morse-era Purple and I have found that I've been completely blind to the amazing stuff that they have been doing for the past 20 years or so. Now What?! is probably now in my top 3 Purple albums and there are MANY MkVIII songs that I prefer to classic Purple songs. The point to this rambling is that, not only is Music Man responsible for making the guitar that I completely LOVE, but have turned me on to what is some of my favorite music in recent memory. So, thanks for that!

Finally, in no particular order, I thought I would like to list some of my favorite MkVIII tracks because I like lists and you can't stop me from doing it (well some of you can, but it would be silly to).

1) Vincent Price - Love classic horror movies, so this was pretty much catering perfectly to me
2) Apres Vous
3) Time for Bedlam
4) All I Got Is You
5) Back to Back - Best Morse-era DP solo, hands-down
6) Rapture of the Deep

Beej - did the photos not work?
J

FantasyMetal said:
Beej - did the photos not work?
Click to expand...

Not Beej, but you can't direct link to Photobucket any more unless you have a paid account (for $399.99/year).

I'm in the boat of having tons of photos still in Photobucket that I've just been lazy about moving to some other site - I'm going to move to Flicr or Imagur, but I haven't gotten around to it yet.

They're not visible, sorry I should have been more clear. If you use a browser in private/incognito mode you can see how it looks for someone else.

Yep, they're fixed. And they're sweet, too. I love my Starry Night ASS. It hasn't replaced my No. 1 Axis, but it's a very tight second. Congrats on finding your grail.

Gorgeous!
I really should just sell off most of my other gittars and hunt down a few more Starry Nights.....

Wow!!! That's awesome, nicest Y2D I've ever seen. Where did you score it from??

On a side note my daughter is going to UMaine Presque Island, I drive thru Old Town on 95 to get up there to see her. Love the 75 MPH speed limit up there,

Couple thoughts...
1. The Thunderbolt is a great name for a song. Get on it.
2. Give Flying Colors a listen if you haven't. Some amazing music with Morse front and center

spychocyco said:
Yep, they're fixed. And they're sweet, too. I love my Starry Night ASS. It hasn't replaced my No. 1 Axis, but it's a very tight second. Congrats on finding your grail.
Click to expand...


xjbebop said:
Gorgeous!
I really should just sell off most of my other gittars and hunt down a few more Starry Nights.....
Click to expand...

Starry Night is far more impressive in person than in photos. I would love to snag a regular Morse in this package, too!

On a side note my daughter is going to UMaine Presque Island, I drive thru Old Town on 95 to get up there to see her. Love the 75 MPH speed limit up there,

This beauty came from Willcutt Guitars, but I almost bought the one from Southshore Music in Mass. That's great that your daughter is going to UMPI. I'm a faculty member at UMaine Orono!

Couple thoughts...
1. The Thunderbolt is a great name for a song. Get on it.
2. Give Flying Colors a listen if you haven't. Some amazing music with Morse front and center
Click to expand...

Flying Colors are great! The newest live video was awesome!

Gorgeous. The clear pickguard is magic on the y2d.

What an incredible specimen- it's absolutely gorgeous ... wow!

I'm with you on the Morse/Y2Ds ... for whatever reason, no matter what I play, I come back to my old Morse and Y2D (which is the best playing guitar I've ever had- my Y2D just has "it" as well, its perfect).

Good luck wearing it at the office.

Dude... that thing is beautiful.

Agree with everyone- starry night looks way better in person, and looks BEST when under stage lights in a dark room!

PeteDuBaldo said:
Gorgeous. The clear pickguard is magic on the y2d.
Click to expand...

Congrats on finding the one that is viking funeral raft worthy.

Thank you all for the kind words! As a complete addict, there is now a standard Morse PDN Starry Night incoming. The Y2D was just too good...